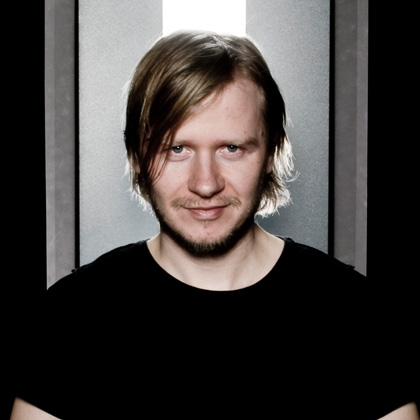 Getting spiced on the floor! Anybody out there not really being interested in? We don`t think so, in times of unified, exchangable music there are numerous people interested in getting something more than a „Klick“ here and „Klack“ there. And exactly for those of you, Alex` music is surely the right soundtrack being far away from music which sounds like it is produced by standard-software on a standard pattern, only for being more fashionable and mass-compatible. Alex Bau is the right guy, his music ranges is nothing less than high quality techno, additionally spiced with added drummings and sounds which are one more step on the way to make the mix unique and flowing. As soon as you read Alex` name on a record, cd or flyer, there is always techno inside. Maybe this appears a bit too „spicy“ for the typical „minimaltechnovirgin“, but the reduced tempo leaves it accessable for almost everybody being interested in high-quality electronic dancemusic. It`s always the same, no matter if minimal, harder, spacy or crazy, the right mixture is the key to a tasty menu, and how to heat up and cool down the dancefloor is something you don`t have to explain to mr. Bau. It`s served!