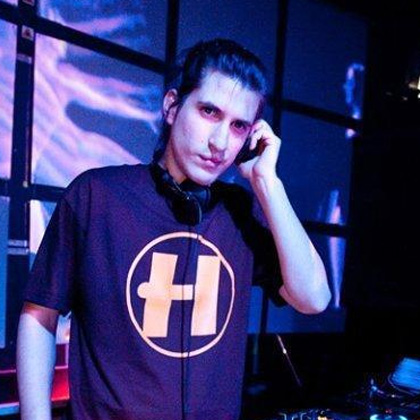 B-Complex aka Mato Lenicky is a Slovak DJ and producer hailing from Bratislava, Slovakia. Started fiddling with music at the age of 12, his fascination of music let him through many genres. Beginning with hasrdcore, trance and psytrance , progressing through to experimenting with downtempo and hiphop. His drum&bass journey begun around 2002, when he started the project B-complex. The biggest success came undoubtly with the release of Beautiful Lies on a major UK d&b label Hospital Records. The track was hugely supported by Tony Colman aka London Electricity, ended up being second best selling d&b record on Beatport of 2009, won several international awards and lasted for 55 weeks in the charts of Slovak Radio_FM.
The success was followed by the releases of Three Dots and a single featuring VIP version of Beautiful Lies and Little Oranges. Another releases seen the light of the world on the labels Santorin and Spearhead. Collaboration with Hospital gave Mato chance to remix New Education, The Very Best and Cocknbullkids.
The major challange for B-complex’s DJ career came with the invitation to Hospitality in Matter in 2009 where he could show his experience gathered on parties in Slovakia and Czech republic, since then he estabilished himself as an international DJ, performing often in UK, Austria, Switzerland, Germany, Poland, Ukraine, Hungary, Netherlands. In 2010 his child dream came true when he was invited to tour in Australia and New Zealand.