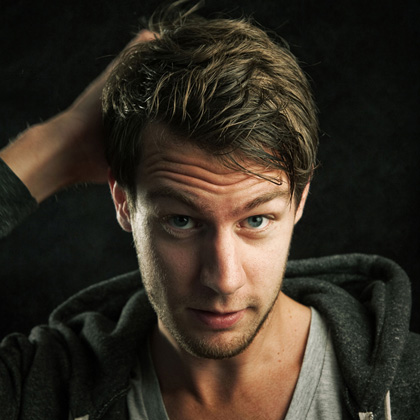 Egbert van der Gugten, who has been producing music since he was 8 years old, has grown into one of the most promising talents within the field of electronic dance music. He is now on the roster of the dutch label “GEM” and the worlds biggest techno label “Cocoon” and is close to releasing his first album. Secret Cinema, who discovered Egbert on MySpace, invited him on the spur of the moment to his parties and his studio in 2008. His first vinyl went down like a bomb on the dance floors and even found its way into Sven Väth’s basic vinyl collection. Even though Egbert is only 26 he has played in almost all the major festivals and clubs around the world and has done remixes with big international artists like; Funk D’Void, Secret Cinema, Carl Cox and Marc Romboy.