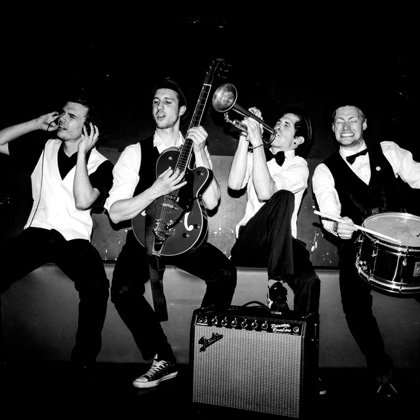 „Erwin & Edwin“ is a music collective of four young Austrians, uniting their diverse qualities to create a unique and energetic type of Electro Swing.

However, they don’t want to be restricted to genres, due to their wide musical background of electro, funk, hip hop and rock coming from attending music schools, playing in bands or even running their own recording studio.

The band’s powerful live performances make crowds jump until their sweat drops from the ceilings.