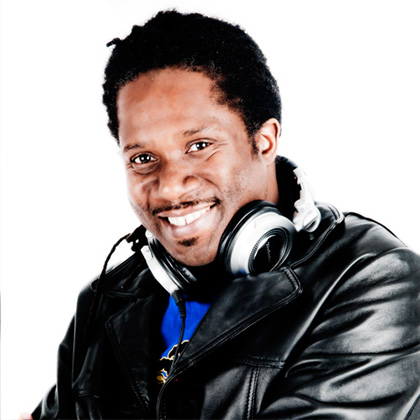 Summer 2012,Jonathan will continue into a 15th year as one of the longest running residents of super-club ‚Space‘,Ibiza,a mecca of Dance music that many would agree is the greatest of its kind in the world. Recent years have seen a stream of live acts take hold of many of the biggest events on the white isle,but Jonathan delivers an experience with the art of mixing that doesn’t require a band to demand the attention of all that are present. With 14 seasons behind him as a resident at ‚We Love‘,Jonathan’s beautiful relationship with the Ibiza super brand shows no signs of slowing as season number 15 blasts into ‚Space‘.

Revolutionary and permanently cemented into the foundations of House music,Jonathan Ulysses is a mesmerising presence and an unmistakable spectacle in any of the multitude of countries he has entertained.

His thirst for showering the world’s greatest stages in his instantly recognisable performances doesn’t end in Ibiza,not by a long shot. His recent global calendar has seen him stretched from Sandance (Dubai),to El Divino (Dublin),to M.O.B Festival (Brazil),to Sounds of the Summer (New Zealand),Pacha (Germany),Tank (Australia),Club Space and Billboard (Miami),and to Ministry of Sound and Pacha (UK),where he is a highly regarded regular. You may have seen Jonathan in Singapore,China,South Korea,or any of the swarm of countries he has visited to treat. A killer schedule,but one that Jonathan lives for.

You can find Jonathan featured in DJ Magazine,MixMag,Tilllate,Essential Magazine and on almost every quality level Dance music focused website on the internet. Radios across the planet support Jonathan’s production work and many of the highest ranked DJs in the game are proud to broadcast his works,including Pete Tong who featured him on the world dominating ‚Essential Mix Show‘.

Not even his global dominance of the decks is enough for Jonathan,who has had Dance music pumping around his veins for over twenty years. In 2012 Jonathan has been channeling his unrivalled experience into the studio compiling a bag of new productions including the massive collaboration,’Scream‘ with Union Jackers (Filthy Rich,Jonathan,Prok and Fitch) on the mighty 303 Lovers imprint. His collaborative endeavors stretched further still with his track ‚It’s Time‘ which called upon Oliver Lang and Steve Haines to join forces with Jonathan for another musical extravaganza. Jonathan’s plans for 2012 in the studio don’t end there,collaborations with Juan Kidd,Futuristic Polar Bears,Tim Cullen,Peter Brown,Jem K,Hoxton Whores and Rosie Romero are imminent,and the line of labels ready and waiting includes Housesession,Hot Fingers and Wormland.

Always ready and willing to try something new,Jonathan and Steve Haines came together for a bootleg version of ‚London Calling‘ by The Clash,picking up some colossal support from Armand Van Helden,Fatboy Slim,Sister Bliss,Chris Lake,Erick Morillo. Dance masters such as Tiesto and Andi Durrant have recently been hammering Jonathan’s tracks on their shows and a recent album for Hatclub that features tracks from Ce Ce Rogers,Syke’n’Sugarstarr,Futuristic Polar Bears,Danny Howard and Tony Sylia is already developing a whopping number of plays.

Other labels Jonathan has worked with include Toolroom,Big In Ibiza,Sume,Dowalve,Oxyd,UMM,Destined,Arts n Krafts,Lowered Recordings,Cyber and Azuli. His recent production credits are impressive and his discography reads like a novel. A search for ‚Jonathan Ulysses‘ on any Dance music store will unearth a colossal library of original productions,remixes and compilations that stretch back to 1996.

Check out Jonathan’s website and social media pages for all upcoming UK and international dates,releases,free mix downloads,photos,news,blogs and more.