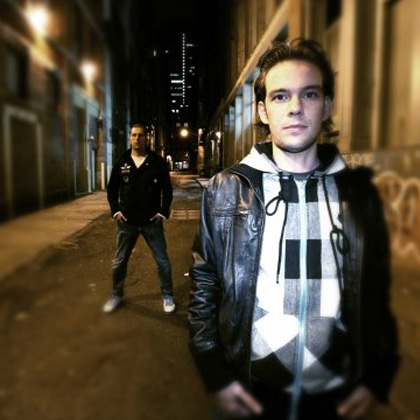 First things first: MICHAEL MIND PROJECT is not a solo project, but the name of one of the most successful German house and dance producer duos since 2007. In the course of only four years, Jens Kindervater and Frank Bülles aka MICHAEL MIND PROJECT have placed eleven singles in the German charts and have standing order for the Top 20 in the rest of Europe. In 2011 the two hip producers and DJs entered the premier league with their hit “Ready Or Not”. The track became the FIFA mascot’s official song for the Soccer World Cup in Germany. With the strong dance house hymn and U.S. star Sean Kingston’s (who had a veritable Billboard No.1 with “Beautiful Girls”) prominent vocals, MICHAEL MIND PROJECT turned up the volume not only in clubs and charts but in the stadiums as well. The follow up single “Rio De Janeiro” became within seconds the warmest club hit of the summer and charted in the European top 80 charts amongs top 10 airplay peaks in France and eastern European territories. As a side note, they also refined Cascada´s “Summer of Love”, Rae Garvey´s “Can´t stand the silence” Alex Gaudino’s/Kelly Rowland’s “What a Feeling” as well as Alex Stan’s “Mr. Saxobeat” with their sought after club versions, and with “Power that let´s us be” delivered the hymn to Norway’s “The Russ 2012”, the second largest party in the world. In addition to this they served the club and radio edit für Jason Derülo´s “Breathing” single which directly peaked #1 of the airplay charts.

The ultimate Michael Mind Project Single 2012 is called “Feeling so Blue” and is based on the classic “Blue (Da Ba Dee)” from the group Eifel 65. On the Vocal Side, the Project teamed up with the one and only Dante Thomas. The American “Mister California” has been originally discovered by Lauryn Hill and Pras Michael and scored his first worldwide hit in 2001. 10 years later he started his comeback with his single “Damage is gone” and just scored his next Sommerhit as a feature of Kriss´s “Diese Tage”. The classic “Blue (Da Ba dee” turned together with Dante Thomas “Feeling so Blue”, a new title that proofs once more that the Michael Mind Project is focusing back to their roots and that they will win the Summer hit marathon.

Kindervater and Bülles, by then still known as “Michael Mind”, collected their first successes with the production of “Blinded By The Light”. The track was Number 1 for weeks on end in all Dance Charts and reached position 12 in the German Media Control Charts. The follow-ups “Ride Like The Wind”, “Don’t Walk Away” and “Show Me Love” did not need to shy the comparison with the debut single: “Michael Mind” became one of the most heavily booked producing and DJ projects with performances on both live and TV stages worldwide. “My Mind”, the first album, was released in 2008 and apart from the popular hits also offered collaborations with the scene’s heroes such as: Alexandra Prince, Michael Feiner, Sunloverz and Craig Smart.

With the release of the single “How Does It Feel” in 2009, “Michael Mind” was renamed MICHAEL MIND PROJECT. By using the additional “Project”, the fantasy nature of the name was emphasized – because until today many think that the protagonist really is a certain “Michael Mind”, not knowing that there are the two producers from Aachen behind it.

With the track “Delirious” MICHAEL MIND PROJECT in 2010 not only again presented an own composition, but also released the track autonomously after their split from the label Kontor. U.S. singer Mandy Ventrice (collaborations with Ian Carey, Rick Ross feat. Kanye West among others) delivered brilliantly on lead vocals and Carlprit (among others Cascada’s “Evacuate The Dancefloor”) served world class Rap parts. German DJ Homeaffairs and DJ Chris Kaeser from France produced remixes for the single, which caused quite a stir in the U.S. as well. Tracks by MICHAEL MIND PROJECT are increasingly playlisted by MTV US and have been booked on the renowned ‘Clubland Compilation’ in the UK several times.

So it is only a question of time until MICHAEL MIND PROJECT will have infected the whole globe with their dance house stunners: France (Top 20 twice), Italy (Airplay no.1), Portugal (Airplay no.1), UK (Top 5 Club Charts) as well as Benelux, Scandinavia and Spain have been avowing fans long since. Even style queen Kylie Minogue heated up the sold-out venues of her world tour with three tracks from MICHAEL MIND PROJECT repertoire.