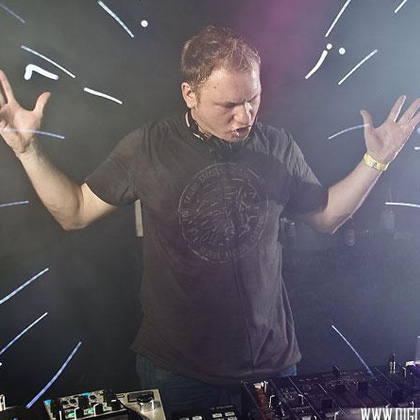 Robert Natus is a man who not only certainly knows his own mind but also continuously and straight sets new standards. He is a member of the „young savages“ who could set up a steady place in the music scene in a nutshell and besides stands out as the creator of the genre Hardtechno. His musical foundation was already laid to the turn of the millennium, besides, he succeeded in 2004 with the introduction of the progressiv music character Hardtechno in pulling an incalculable and also abstract demarcation to the item „Schranz“ which was falsely associated with him and his sound.

His success constitutes on his strict principle of selfcreation, everything is penned by himself, he had to trouble marketing machinery and media hype at no time, straight-lined and with absolute energy he styled his own empire. This was the right decision as you back up with his triumphal processing cross the clubs. His thick-twisted network from homebase and atmosphere of departure offers him the perfect base.

His more than hundred own releases as well as remixes carry his clear regalia of the bohemian imagination, all carry equally a closed work in themselves, indifferently whether it concerns releases under his project name „Pneumatik“ or „Brainshaker“. Outstanding his debut album with the adequate title „Straight“ or the works for DJ Rushs Globalhit „Get on up“ to entitle only some highlights.

The turn of his intensive life time dream into truth turned him to one of the most popular DJ of a loyal young following within shortest time which can be proved by overcrowded dance floors of the clubs and events. You will find his name by representative surveys in music magazines like „Raveline“ always under the first twenty places in the national best lists for some years.

In the foreground of creating new sounds stands the passion and vision of his original composition. The emerging complete own music, his trend setting style and the fresh approach to sounds and effects adopt him already today to an icon of the genre progressiv techno, although his label deals sophisticated with every single section of electronic music.

Bitshift, Natus‘ first platform for releases of his own sounds and by now definitively avant-gardist, belongs together with the successor Systemcalls to the genre Hardtechno whereas his newest label Favourite Tools has to be assigned to the genre Grooving Techno.

Without fail the excellent releases as well as the numerous national and international bookings caused a huge public and media interest. During the last years he has played in the most important clubs and on the most significant events, starting from gigs in his home country (U60311 / Frankfurt, Butane / Wuppertal, Tor3 / Dusseldorf, MS Connexion / Mannheim, Douala / Castle Ravens, Night Work / Munich, Ruhr in Love / Gelsenkirchen, Nature One / Pydna-Kastellaun, Time Grappling Hook / Mannheim, Alpha Rave / Schwerin, etc.) about appearances in whole Europe (Belgium, England, Italy, Croatia, Netherlands, Austria, Poland, Portugal, Slovenia, Spain, Czechia, Turkey, Hungary) as well as Mexico and Brazil up to his celebrated debut in Russia. Topically the record suitcases are equipped for the Nature One in 2006, here he and his followers will have their joy already for the second time on the Mainfloor „Century Circus“ for some hours and control the former rocket base.

Furthermore original release material is in the pipeline, cut to clear is already that he will redifine the spectrum of possibilties with his second album, which appears in collaboration with his colleague and friend Arkus P. on the innovative cult label „Alphabet City“ in the third quarter of 2006.

Once more this will slam the clubs! So be anxious!