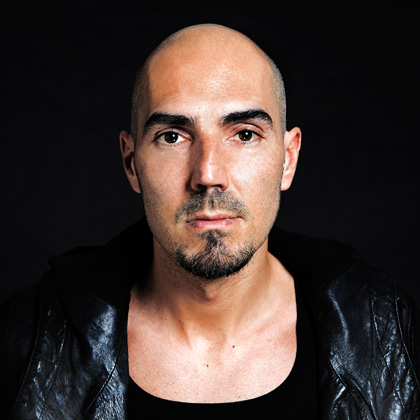 2013 was without any doubt a highly successful and stellar year for Sam. With the release of the “Body To Body Ep” on the legendary Cocoon Recordings and the “Black Leather Ep” on Drumcode, both reaching the highest spot on Beatport’s Techno Chart, his outstanding musical journey has achieved a great renown on the Underground circuit as well as on the Mainstream channels.
The track “Polyester” (which along with “Fire In My Arms” is one of the smashing hits from the “Body To Body Ep”) has been featured both on the playlists of many Underground DJs and on those of some of biggest names in the industry like Moby, becoming Beatport’s “Techno Track Of 2013”.
Likewise, the track “Chocolate” from the “Black Leather Ep”, which has further sealed the artistic bond with Adam Beyer and Drumcode, whom Sam has signed 3 EP’s over the last 2 years with, was on Beatport Techno Chart’s Top Spot for more than 4 weeks.

Since 1996, a landmark year for him thanks to the worldwide success of his track “Zoe” as Paganini Traxx, Sam’s stylistic experimentation has always gone strong, leading him to collaborate and release his music on several record labels until Techno pioneer Richie Hawtin welcomed him to his groundbreaking Plus8 imprint in 2011 with the “Cobra Ep”.

To this day, Sam proudly stands out as the only Italian artist to release under his own name on 3 acclaimed labels like Plus8, Cocoon and Drumcode.

Beside his studio work and production time, Sam’s DJ career is steadily on the rise: his sets are characterized by powerful grooves and have been recently described as “Sexy Groovy Dark Techno”, which speaks volumes, literally, on what to expect from his performances.
He has taken the stage at legendary clubs such as Berghain (Berlin) and Cielo (New York), which shows how diverse and truly knowledgeable his crowds are.
2014 will see him tour internationally all over the globe, with a special gig already booked at the huge Awakenings Festival in June.