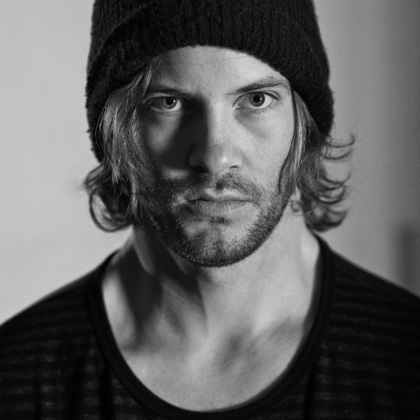 SIMO LORENZ – will surely be heard more often in the future! This charismatic guy from Stuttgart managed to establish himself in a very short time in his home country Germany and has already generated international demand as a promising new talent.
The longtime vinyl friend played his first public gigs in 2008 then from 2009 at club ToY as a resident, where he also promoted his own event series „Contorsion“ until autumn 2013. Meanwhile Simo is a resident DJ and promoter of „Wild Friends“ at another important club in Germany, the legendary Lehmann Club in Stuttgart.
His strength lies in long and devoted DJ-sets up to 8 or more hours. In these long sets with his digital setup including 2 computers, machine and various controllers he plays precise and technical sets where he takes the crowd on an exciting journey through different forms of techno.
After arriving in Stuttgart this last year he has charmed crowds at festivals like Day & Night, SEMF and Unite or at clubshows in some european capital cities like Tresor Berlin, Ampere Zürich or Boink! in Vienna.
Mr. Lorenz is also not an idle man in his studio.
His sound ranges from dark and straight Techno to groovy, hypnotic and deep rhythms and his releases can be found on labels like Sutter Cane’s Driving Forces, Subfractal’s De- Konstrukt or Freitag Ltd. Remixes for Acts like Drumcomplex, Submerge & Ricardo Garduno or John Templeton have been released on Among, Wayward Music, Googoo or on the Driving Forces X-series.
For the last imprint he has already mixed podcasts, as well as two for Erphun’s Brood Audio. Upcoming work can be found on Nachtstrom Schallplatten with a Remix for Björn Torwellen –
Prediction: More than promising!