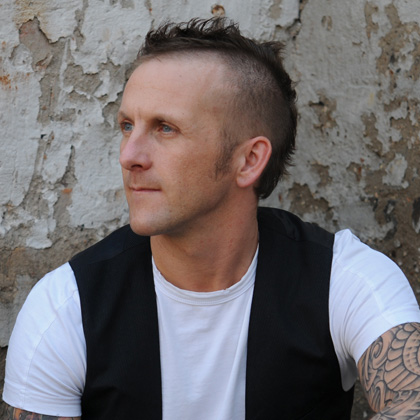 Torsten Kanzler! Born in Wernigerode, raised in Sprötau. My life and my first contact with music began in Thüringen. Bands such as Depeche Mode, Tocotronic or Technotronic influenced my increasing addiction to electronic music. At an early age, I already had a growing desire to go to parties, to techno parties, and to party. Djs like Sven Väth, Daz Sound, and Pierre put me under their spell. Thus the madness begun. I got myself belt driven Reloop turntables and a mixer to lay the foundation. The weekend consisted of parties and in between I conducted hours of mix sessions on my turntables at home. I had about 10-15 friends at that time, all of whom were subjected to these marathon sets in my flat.

Another cornerstone of my career occurred in 1998. Marco Remus and his booking agency came into my life, and I worked there as the booking agent until 2003. Moving to Berlin in 2001 meant that I was at important events like Berlin’s Love Parade, the Sonne Mond Sterne festival and Time Warp as well as becoming better known in Berlin’s legendary Tresor Club or the Kassel Stammheim. My fan base grew and grew…

Also, in 2001 came my first platform for my own releases on the label Nerven Records. I allowed myself to get carried away not only with stomping and oblique techno. Labels like Stigmata and CLR and artists like Robert Natus and Sven Wittekind also influenced my sets.

So that I could further develop along with my art, I founded the Killaz imprint in 2003. The launch of the new label was the Maxi „Chegados“ from the Brazilian DJ-team Pet Duo. I was able to develop freely and to live out my own ideas of techno while making them accessible to the scene. Then, finally in 2005 came a few single releases. „Der Kanzler Kommt“ was the album debut on Nerven Records. About 12 months later „Die Große Koalition“ followed, this time on the Killaz label, uniting almost all renowned hard techno artists on two records. Almost a year later and after numerous single releases on other labels, the second solo album „Der Kanzler Kommt Wieder“, was also released on Killaz. After more than three years of label work it was time for „Best of Killaz“, a mixed cross-section of the previously published releases.

The public response to the label grew throughout this time. The Killaz mask helped me to meet fans around the world. To satisfy my addiction to weird sounds, in 2005 I founded the sublabel Error Records. The same year Serial Killaz was born. The Killaz sublabel devoted itself exclusively to the release of qualitative and straightforward techno sets from the biggest artists of the hard techno scene.

Dance with the Devilz is another project that I have brought to life with my friend and colleague Frank Kvitta. We play for 4 hours on 4 turntables and 4 cd players. This project has only made rare appearances on special occasions.

In 2005, I started our own label nights at the Berlin Rotor Club. At the end of 2006 I got the opportunity to organize Kanzler nights at the world-renowned Tresor club. Meanwhile, these nights became as legendary as the club where they took place.

In 2007, I came under the exclusive management of Abstract, the largest, best known, and most successful hard techno agency, led by Sven Schaller. Abstract is responsible for my appearances at Nature One, Syndicate, Dance Valley, Montagood Festival and the Decibel festival.

2009 also brought many great things. The Mayday gig in Dortmund was just the beginning. The first EP on Abstract an EP vs. Sven Wittekind on TKR 01 in September 2009 and an end of the year gig again at Mayday in Poland were just a few of the highlights of last
year.